In 1831 Charles Darwin sailed to South America aboard the H.M.S. Beagle. On the return voyage across the Pacific, the vessel stopped on a small group of islands far off the Ecuadorian coast, changing the course of human scientific endeavour and self-understanding forever. Fascinated by the unique wildlife on the islands, Darwin collected biological specimens and studied them over the next 30 years. His findings led to the formulation of the scientific theory of evolution by natural selection. This small group of islands and their one-of-a-kind wildlife are to thank for one of humanity’s most remarkable discoveries, and today, almost 200 years later, they remain a source of endless fascination, and a favourite travel destination for scientists, nature and wildlife enthusiasts, scuba divers, and anyone interested in the wonders of the natural world.

The 18 islands that comprise the Galapagos lie almost 1,000 kilometres off the coast of Ecuador, directly on the equator, with some islands in the northern and others in the southern hemisphere. The landscape is mostly rocky and barren, but fascinating and beautiful in its own way. The islands are volcanic, and thus geologically very interesting, and some of the youngest islands are still in the formation process.

A whopping 97.5% of the archipelago’s land area has been made a national park, and the 70,000 square kilometres of ocean surrounding the islands have been declared a marine reserve, the world’s largest after the Great Barrier Reef in Australia, as well as a whale sanctuary. The Galapagos Islands have also been recognised as a World Heritage Site by UNESCO and a biosphere reserve. However, the small area that is inhabited by humans – on the five islands of Baltra, Floreana, Isabela, San Cristobal and Santa Cruz – is surprisingly developed, making visits easy and comfortable.

Of course, the biggest draw to these incredible islands is the wildlife. Many of the islands’ species are endemic, and the lack of natural predators has caused them to evolve utterly without fear of visitors, meaning that tourists are thus able to approach and interact with the playful penguins and seals, the friendly marine iguanas and Darwin’s finches, the colourful blue-footed boobies, magnificent frigatebirds and sally lightfoot crabs, and of course, the famed giant Galapagos tortoise.

But human development on the islands is having negative effects on the animals as well as the islands themselves. Habitats are being threatened through the introduction of alien species that are taking over or destroying the conditions necessary for native wildlife to thrive. Strict controls are thus being enacted – visitors must be accompanied by guides and are expected to treat the islands and their animal residents with utmost care. A small price to pay to experience these unique and mesmerising islands.

The Galapagos Islands feature some of the world's most interesting volcanic formations, and the landscapes often look like something out of fiction or fantasy. Caves, lava fields, beaches and volcanoes offer visitors exceptional hiking, swimming and scuba diving, and wherever travelers spend their days on the islands, they are always surrounded by the abundant fascinating and unique wildlife. Getting up close and personal with this wildlife is a truly unique experience. 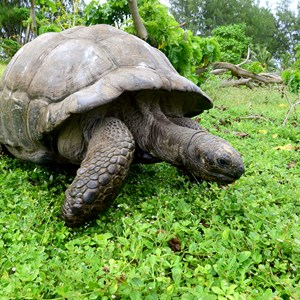 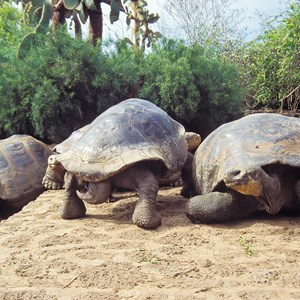 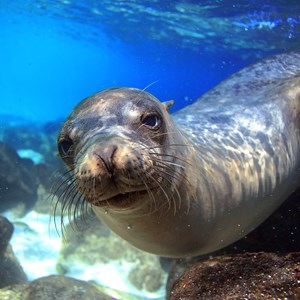 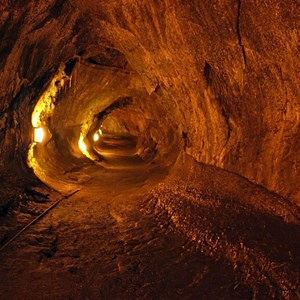 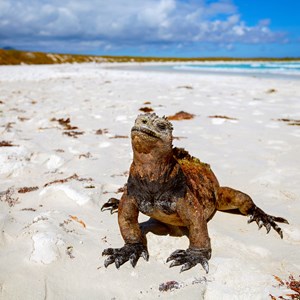 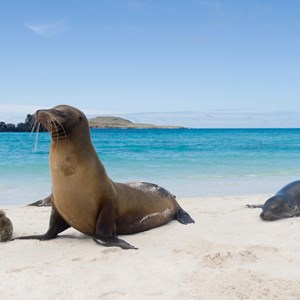 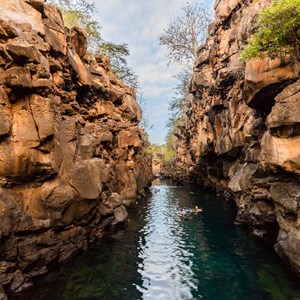 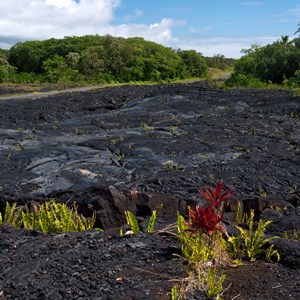 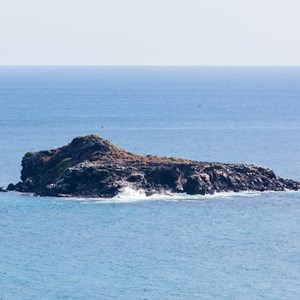 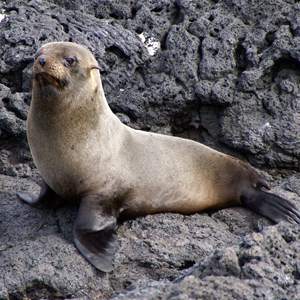 Caring for the Islands

Human activity and development have greatly threatened the habitats and survival of the wildlife on the islands. Measures are being taken to protect and conserve the animals and the ecosystems they inhabit, but it falls on the shoulders of each and every visitor to take responsibility for this struggle as well. Travelers are expected to be very careful not to harm animals, leave behind trash, or destroy the environment in any way. Together residents, researchers and tourists can and must protect the wonders of these fascinating and important islands for generations to come.

There are daily flights from Quito and Guayaquil to the islands of Baltra (GPS) and San Cristóbal (SCY), from where you can find transport to the other islands.

Several speedboat companies offer inter-island transportation between Puerto Ayora (Santa Cruz) and Puerto Villamil (Isabela Island). The ride takes 2.5 to 3 hours depending on the weather, and the water can get a bit rough.

The Galapagos Islands are a unique and fascinating destination filled with beauty, wonder and adventure.